The Centre for Rural Management is an autonomous multi-faceted research organisation located at Perumpaikadu village, Kottayam, Kerala, India. The centre was established in 1990 under the charitable societies act and has been concentrating on research, project evaluation, training, consultancy and social action. The Centre has been assigned projects by Ford Foundation, Institute of Development Studies (Sussex, U.K), Department of Planning (Lakshadweep Administration), Government of Kerala, Ministry of Rural Development (Govt. of India), Rajiv Gandhi Foundation (RGF), Kerala Institute of Local Administration (KILA), CEVA (Cyriac Elias Voluntary Association), India Eco-Development Project-Periyar Tiger Reserve, CapDecK ( A Swiss funded project aimed at capacity building for decentralisation in Kerala) and CHAI ( Catholic Health Association of India) among others. The Centre has published a number of research reports – a few of them are available on this site.

Please see the reports on this site to learn more about the kind of work CRM undertakes. CRM is happy to work with any organisation seriously engaged in rural development. Please see the “Contact Us” page to get in touch with us.

Chairman, Board of Governors

Dr. S. S. Sreekumar did his graduation and post-graduation in Political Science from the University of Kerala and awarded Ph. D in 1985 for his study entitled “Programme Planning in Higher Education in Kerala”. He obtained M.A. in Public Administration from University of Madras in 1987 and M.A. in Distance Education from IGNOU in 1999.

He was in the teaching Faculty of Sree Sankara College, Kalady, Ernakulam and worked as Deputy Project Director in a research institute before joining Central Government service in 1990 as Lecturer in Political Science in Jawaharlal Nehru Government College, Port Blair under Andaman and Nicobar Administration. He retired from Government service in 2020 as Professor and Head, Department of Political Science in J.N. Government College, Port Blair. In addition to thirty two years of teaching experience in formal teaching he also possesses experience in distance education for about three decades.

During his career, he conducted and supervised research projects sponsored by ICSSR, Government of India and UGC in the academic streams of decentralized governance, women empowerment, rural development and political sociology. Besides participating in various national and international Seminars/Workshops, Dr.Sreekumar has to his credit more than fifty research papers.  He has done commendable service in the field of higher education as member of various academic bodies. His areas of academic interest are Public Administration, Political Sociology, and Rural Development. Dr. John S Moolakattu, Senior Professor, Central University of Kerala, Kasargod is the Hon. Chairman. He was earlier the Professor & Director, School of Gandhian Thought and Development Studies, Mahatma Gandhi University, Kottayam,  inaugural Gandhi-Luthuli Chair in Peace Studies at University of KwaZulu-Natal, Durban, a Commonwealth Fellow, Fulbright Lecturer and a Professor at IIT Madras. He is also the Chief Editor of  Gandhi Marg, the Quarterly Journal of  Gandhi Peace Foundation published from New Delhi and one of the founding Editors of the South African Journal Ubuntu.  He has a decent publication record and an H index of 12 and an i10 index of 14. He has published in journals such as Cooperation and Conflict, Public Administration and Development, Peace Review, Indian Journal of Gender Studies, EPW, Asian Journal of Women’s Studies, International Studies, Gandhi Marg among others. He has co-edited/co-authored 6 books, the most recent one with three scholars from Ohio State University and University of KwaZulu-Natal, South Africa. 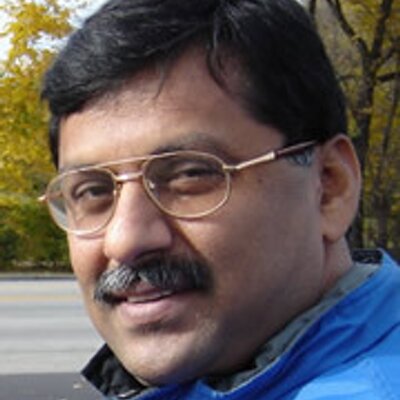 Dr. Jos chathukulam is the Director of Centre for Rural Management.  He is the former Chair Professor, Sri. Ramakrishana Hegde  Chair on Decentralization and Development, Institute for Social and Economic Change(ISEC), Bengaluru. He is a researcher and national level consultant in Panchayati Raj and Local Level Planning. A board of directors representing both academic and activist streams manages the centre. Dr  Chathukulam did his Post Graduate Studies in Political Science at the University of Kerala and the University of Mysore and later obtained a Doctorate in Development Administration from the Institute for Social  and Economic Change (ISEC), Bengaluru with ICSSR fellowship under the supervision of Dr B S Bhargava. He had worked as a Post Doctoral Fellow at the School of International Relation of Mahatma Gandhi University in Kottayam, later for quite sometime. He has published a number of publications in the Economic and Political Weekly and other journals of repute.
Dr Chathukulam has evaluated  major development projects which have been implemented by different national and international agencies including Government of India. He was the team leader of the District Level Monitoring (DLM) of all the Rural Development Programmes in three districts of Kerala. He has been a consultant of Kerala State Planning Board (KSPB), Government of Kerala and Vice Chairman the District Planning Committee (DPC) of the District of Kottayam during the Ninth Five Year Plan period.
He had closely involved in the literacy movement, resource mapping and Peoples Planning Campaign (PPC) in Kerala. PPC was a well acclaimed programme aimed at decentralising governance to the grassroots level. He is now functioning as a national level consultant of projects on rural development, panchayat raj and decentralised planning. His areas of interest include decentralization, development administration, self-employment, rural development, participatory local planning and social movements. He is heavily engaged in carrying out evaluation studies on rural development programmes of Government of India.

Meet the Board of Governors 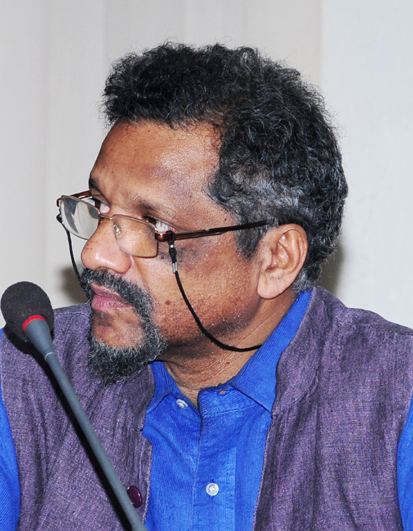 National Webinar on MGNREGA and the Story of Public Works Programme in India by Professor E .M Thomas on 19 March 2022 at 6.00 p.m (IST)